Talk by Professor Nancy Malkiel “Keep the Damned Women Out”: The Struggle for Coeducation

Blurb:  Beginning in 1969 and mainly ending in 1974, there was a flood of decisions for coeducation in the United States as well as the United Kingdom.  In her new book “Keep the Damned Women Out”:  The Struggle for Coeducation, Nancy Weiss Malkiel, professor emeritus of history at Princeton University, asks these questions:  Why did very traditional, very conservative, very elite institutions decide to embark on such a fundamental change?  Why did so many schools act in the late 1960s and early 1970s?  How was coeducation accomplished in the face of strong opposition?  What was the role of institutional leadership?  And, with the admission of students of the opposite sex to formerly single-sex universities, what happened?  In other words, how well did coeducation work in its early incarnations?  Professor Malkiel’s talk will focus on these questions, with particular attention to the similarities and differences between  coeducation at Cambridge and Oxford and coeducation in the Ivy League. 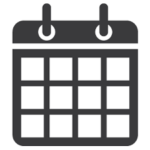